Background: The uterus is a major female hormone-responsive reproductive pear-shaped organ located within the pelvic region. The gross morphology of uterus quite dramatically changed throughout life by changing levels of ovarian hormones. A hysterectomy is done for many reasons including the ridding of tumours both benign and malignant. It is the most commonly performed gynecological surgical procedure throughout the world.

Materials and Methods: This study was undertaken to identify the different types of pathologies in hysterectomy specimens and to correlate the findings with the different age group and clinical indications.In the present study, 303 cases were studied over a period of two years from January 2016 to December 2017. Surgical specimens were formalin fixed and the tissue was adequately processed for histopathological examination. The sections were stained routinely with hematoxylin and eosin stain.

Results: Of the 303 cases, half of the cases (50.8%) were encountered in the age group of 40 - 49 years which was the most common age group. Fibroid uterus (38.6%) and uterine prolapse (32.6%) were the most common clinical indications for hysterectomy. The most common pathology identified was leiomyoma (42.2%) in myometrium. In cervix most common finding was chronic cervicitis (28.1%). Histopathological examination confirmed the clinical and gross diagnosis in majority of the cases. 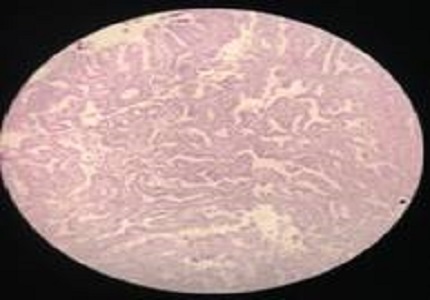 Most read last week
Keywords
Current Issue
Best viewed through Internet Explorer 9.x or higher, Mozilla Firefox® 16.x or higher, Safari 5.1 or higher, Chrome 23 or higher, or an equivalent browser software. If your browser is older, you may have trouble viewing many of our web site features properly. If you are unsure of the version of your browser, you can determine it by choosing 'Help' at the top of your browser window and then selecting 'About' (your browser). Browser Upgrade Information is available by clicking on the appropriate link above. This web site is best viewed on any screen size and resolution as well as any operating system that support web browsing.
© 2020 - All Rights Reserved | Version 20.02.01
Yellow Loop| SysNano Infotech | About this Publishing System